How to Bleed a Radiator? 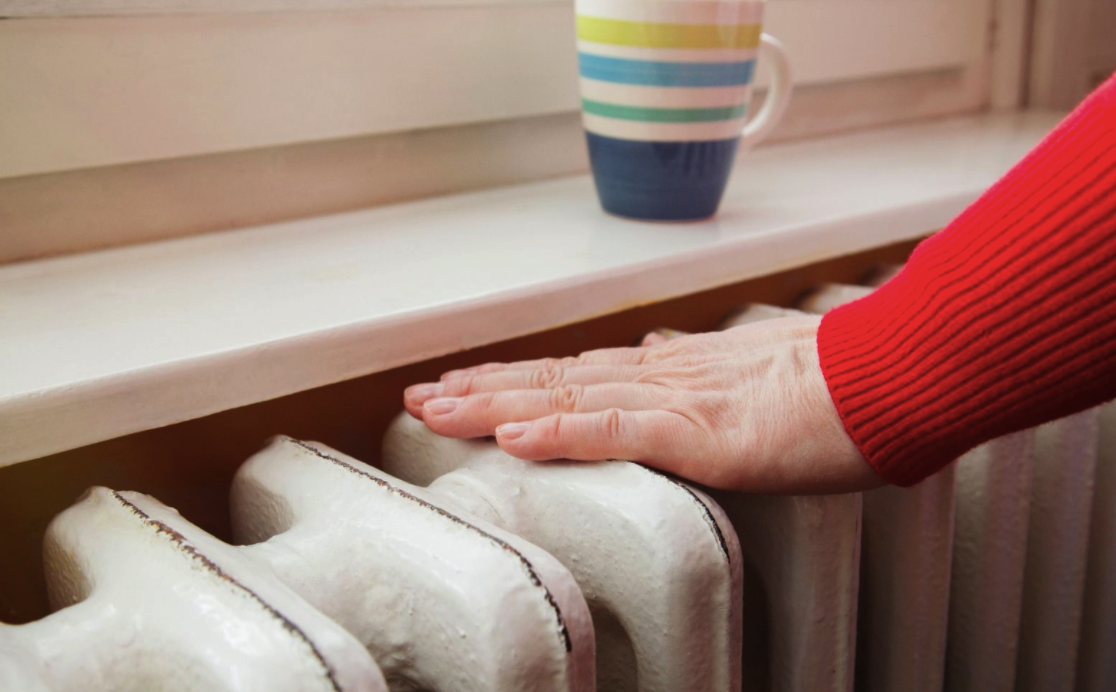 Winter is a perfect time to snuggle in front of your TV with a glass of wine or hot chocolate in hand and your feet covered with thick warm socks. However, it is not a season to layer up scarves under your duvet and sleep with hot water bottles to keep you warm because your central heating system has failed.

When to Bleed your Radiators

You know your radiators need bleeding when their top halves are cooler than the bottom halves. Or in severe situations, if the entire radiator is cool even when the boiler is on. This happens when air trapped inside the system displaces hot water and blocks it from heating the radiator.

When you bleed the radiator, the air is released, and hot water flows freely through the radiator and the heating system as a whole.

How Does Air Get Into the System?

Air is introduced into the boiler system in a couple of ways. It could enter with the new water flowing into the system from the boiler expansion tank or during routine maintenance. It can also be formed through the movement of the pipe.

Should I Start Upstairs or Downstairs When Bleeding the Radiator?

If you live in a storey house, you should start bleeding the radiators in the rooms downstairs first. Also, we recommend starting with the radiator that is furthest from your boiler. Once all radiators in the rooms downstairs are bled, proceed to those upstairs and start with the one furthest from your boiler.

Step by Step How to Bleed Radiators

Turn on your central heating system and ensure the radiators are turned up to maximum temperature. Give the radiators time to heat up before proceeding to the second step.

Once they are heated up, you need to determine which radiators are problematic and need bleeding. To single them out, you will feel them for any cold spots. It’s a good idea to have gloves on to protect yourself from burns.

Aside from the radiator having cold spots or feeling completely cold when the central heating system is turned on, the other sign that your radiators need bleeding is when they make gurgling noises. Inspect all the radiators in one go. You might discover you need to bleed multiple radiators in which case you’ll start with those on the ground floor.

Before you attempt to bleed the radiators, turn off the central heating. However, you should leave the intake valves on your radiator open.

Once the heating is turned off, give it some time to cool. Bleeding the radiators when they are still warm means you’ll be dealing with hot water. When you open the bleed valves, steam or boiling water may burn your hands. Let the system get cold first for a safe and effective bleeding process.

Bleed keys usually come with radiators. However, if you can’t find yours, you can buy a new one at your local DIY shop. Some of the new age radiators have different valves that can be opened using a flathead screwdriver. But even with these modern radiators, a standard radiator bleed key will get the job done. It’s even better since it has the added advantage of better control when opening and closing the valve.

Bleeding the radiators is a messy job. As such, the bucket catches the radiator water, and the towel soaks up stray water that spills on the carpet.

The bleed valve is found at the top of your radiator. It is a round hole with a square in the middle. You’ll be turning the valve to release the water and air. Prepare the space below to catch the water before proceeding to the next step.

Attach your radiator key to the square portion of the bleed valve. If you have a flathead screwdriver, place it in the groove. Turn the screw in an anti-clockwise direction. Hold the cloth in your hand for a better grip. The hand cloth will also help you catch smaller drips at this stage.

Turning the screw quarter way or halfway is enough. Do not be tempted to turn the screw completely since the water will come gushing out uncontrollably once the air has escaped. Turning it halfway makes it easier to contain the situation, and the air will escape with a hissing sound.

You’ll know all air has escaped when the hissing stops and water starts dripping from the radiator. With the modern valves, the kind operated by a flathead screwdriver, the water may come out in a tiny jet instead of a dribble. There’s nothing to be alarmed about.

But do not close the valve yet. Let the water flow for some time until there’s a steady stream. If the water sputters out, it means a mixture of air and water is still being released.

Now, the length of time it takes to bleed your radiator completely will vary on the amount of air trapped in the system and the size of the radiator. It could take as little as 20 seconds or a whole minute.

Using the screwdriver or the radiator key, retighten the radiator bleed screw by turning it in a clockwise direction. Do not tighten it too tight as the valve could be damaged. And to avoid rusting, wipe down water that might have spilt on the radiator and the pipework and proceed to the next radiator.

Once you’ve bled all the radiators, turn the central heating back on to see if your efforts bore fruits. Ensure that the radiators are not heating up and that none are dripping. For some radiators, you might have to repeat the process.

Moreover, you need to comfort the boiler pressure. The standard heating pressure should be between 1 bar and 1.5 bar. By releasing air from your radiators, the overall system pressure will fall. If the pressure falls too low, hot water might not get to some radiators, especially those on the second floor.

But this is a problem you can fix easily. Reinstate the pressure by adding water to the system through the boiler filling loop. The filling loop looks like a lever or a tap on the mains supply to the boiler.

No Improvements Even After Bleeding the Radiators

We recommend bleeding the radiator regularly – usually after every two or three months. However, if you feel that the radiator has frequent problems with a cold spot which don’t get better even after bleeding, the problem could be more serious.

In this case, you should inspect the boiler pipework around your home, the radiator and the boiler itself for leaks. Leaks manifest as a puddle or damp patches on the floor. The presence of rust can also be a sign of a leak.

If there are no leaks and the radiators are cold at the bottom, you will have sludge build-up problem. Power flushing is the only remedy. Sludge is made up of rust, mineral deposits from hard water and other debris. They build up in the system over time and clock the pipework and the bottom half of the radiators.

Why you should bleed a radiator regularly

In addition to the immediate results bleeding radiator has, including improved boiler efficiency and enhanced comfort, it also has long term benefits.

If you do not bleed the radiator regularly, you run the risk of damaging the boiler in the long run and significantly reducing its lifespan. Replacing a boiler is a cost you would rather not incur. For this reason, you should take the necessary precautions to ensure the system is working efficiently. If you thought bleeding the radiators will take the whole day, and you have no time for it, you’ll be pleased to know it takes only an hour or less.

Depending on the radiator types installed in your home, you can automate the bleeding process through auto vents. An auto vent is an automatic radiator bleeder which is attached to the radiator valve. Each radiator needs an auto vent which will gradually release air from the system and keep the system working at optimum efficiency.

How to improve heating efficiency

There are lots of gadgets designed to enhance boiler heating efficiency. For instance, radiator insulation foil is a quick and straightforward way of ensuring the radiators heat your room instead of the walls. The insulation foil is installed behind the radiator and reflects the heat generated into the room. They are available in a hardware store and are easy to install.

A radiator booster is a great option, but it is more costly in comparison to insulation foil. The booster is simply a fan placed on a radiator and pushes the heat generated into the room. Though the booster runs on electricity, it will save you on energy bills by improving heating efficiency.

It’s also important to ensure heat generated isn’t wasted. The best way to ensure this is to insulate the house. Draught around the door frames and the window is the easiest to attend to. But there are other expensive and more effective measures you can take to insulate a house, including refreshing the attic and wall insulation. The costs for this process are high, but they save you a lot of money in the long run.

When is the ideal time to bleed my radiator?

We recommend bleeding the radiators at the start of every heating season – right before you need the heat. Ensure the heating system and the boiler are running efficiently and don’t have trapped air.

How can I reduce heating costs?

How to bleed your radiator without a radiator key

Radiator keys are available in local DIY stores. But if you can’t get one immediately, you can use pliers. But be warned, these could damage the radiator valve. As such, you need to be careful.

How do I stop the radiators from banging and hissing?

Noisy radiators and pipes are caused by limescale build-up in the system. This problem is common in areas with hard water. To fix the problem, call a Gas Safe engineer to power flush the system and install a hard water filter to prevent future build-up.

In addition to bleeding the radiators, we recommend that you:

Bleeding radiators is an easy process. However, you need to follow the bleeding instructions outlined to the letter. And if bleeding the radiators doesn’t fix the problem, you should call in a Gas Safe engineer to determine and fix the underlying problem.