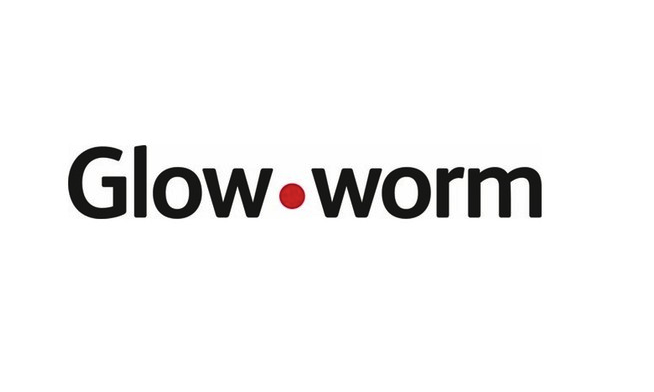 Glow Worm is a big player in the UK energy industry. They originally started making boilers back in the 1930s in Derbyshire, but they have since evolved into one of the largest producers of sustainable energy solutions in the UK.

Is your new Glow Worm boiler acting up? Is it blanking out unexpectedly? Has the heating failed after serving you all so faithfully for years? Is the boiler too hot or is it too cold? Whichever the problem, you might have noticed the Glow Worm displays a code. The code is designed to guide you in diagnosing the problem and not to confuse you.

In this piece, we shall review all the common Glow Worm boiler problems, their fault codes and quick fixes. Note, not all can be fixed as a DIY.

If the Glow Worm pressure gauge read anything below 1 bar (the green zone), then you have a low-pressure problem which will cause your boiler to be inefficient. Usually, it’s normal for a boiler to lose pressure over time. However, if it’s a sudden pressure drop, it’s a sign of a leak in the boiler system.

This problem is often denoted using an F22 or a 108 error code.

If you notice a leak in the system, shut off the water supply to prevent further damage and call in a Gas Safe engineer. But if the pressure drop was gradual, you should follow simple steps to repressurise the system.

Add water to the system through the external filling loop until the pointer on the pressure gauge is in the green zone between 1 bar and 2 bar. When the pointer goes beyond 2 bar, the boiler will have high pressure which can also cause damage.

If you don’t feel confident and safe repressurising the system, contact a Gas Safe engineer to do it for you.

The boiler will display the F16 error code when the system cannot detect the gas flame.  When you turn on the hot water shower or tap the PCB will kick into action and signal the burner to turn on to heat the water needed. This process involves opening the gas valve for fuel supply.

When the F16 error appears, it means there’s a problem that prevents the flame from lighting or the PCB from detecting the flame.

You shouldn’t try to clear the F16 error code on your Glow Worm boiler alone. Always hire a registered engineer. this is because a flame detection code can be caused by various issues including:

A Gas Safe engineer will diagnose the problem and offer a solution depending on the cause. If it’s a PCB, gas valve or flame sensor fault, he will replace them. However, if the PCB needs repair or replacement and your boiler is out of warranty, we advise installing a new boiler instead. It’s economical in the long run.

No hot water or heating

There are many reasons why the boiler may not heat your home or provide hot water. These problems include:

First check if the boiler pressure is below 1 bar and that the temperature is high enough for boiler heating to kick in. moreover, if you have a prepaid gas meter, ensure it has enough credit.

If none of the above are the problem, you should contact a gas safe engineer for a diagnosis.

Boiler is heating but no hot water

In some instances, the boiler will provide heating but no hot water from the shower or taps. Usually, this points to a problem with the diverter valve. He diverter valve opens and closes to switch between boiler heating and hot water.

And since it’s a boiler component that moves a lot, it is prone to damage. It may get stuck in the heating position and cut off the hot water supply.

In this case, call a Gas Safe engineer to fix or replace the diverter valve. If a part of the diverter valve is broken, it makes time and economic sense to replace it instead of struggling to repair its broken part.

The error faults shown include F1, F28, F29, and F4.  These fault codes denote a problem with the flame or boiler ignition.

The boiler condensate pipe transports acidic water created by waste water, from the boiler. The pipe runs outside into the drainage system. Because of its location, in the cold season, it is prone to freezing.

When the condensate pipe freezes and is blocked, you might hear gurgling noises and the system may lock out to prevent further system damage.

Unblocked a frozen condensate pipe can be done without the help of a Gas Safe engineer.  The process involves pouring hot water above the pipe to thaw the ice inside. Don’t use hot water since it will melt the plastic pipe.

However, if the block is caused by trapped debris, you should call a Gas Safe engineer to clean the clean and rinse the pipe.

The Glow Worm Betacom 30C’s and the 24C’s are high-quality boilers but they often are faulted with intermittent operation. They often display F16, F62 and F63 fault codes. However, the problem can manifest even with fault codes F67, F65 and F64.

Like fault codes F3, F2, and F1, the above fault codes mean the boiler has a faulty circuit. Usually, the problem is with the ignition leads or the PCB.

The best tool to determine faulty and weak electrical connections is a multimeter. A Gas Safe engineer will test each component to determine the weak connection/circuit.

The F9 is one of the dreaded fault codes. This is because it’s not caused by a specific problem. The potential underlying boiler problems include:

This fault will send you on a diagnosis mission. However, what we’ve noticed is that most boilers showing this fault have not been flushed for a while and don’t have enough chemicals in their system.

This code is displayed when there’s a problem with the circuit board. The problem directly relates to the return and flow thermistor.

There are two types of thermistors:

The problem is fixed by replacing the return or flow thermistor. However, if these are intact, the Gas Safe engineer will inspect other boiler parts for problems using a multimeter.

When the F28 fault code is displayed, the boiler is often locked out and it’s therefore safe. The fault code means there could be a leak in the system. In this case, don’t try to reset the boiler.

On the other hand, it could be that the gas valve is stuck which means the flame is on even when it should be off.

The Gas Safe engineer will test the boiler’s gas valve and determine if the problem is faulty connections or sticking causing the problem. And though the gas valve can be unstuck, most times engineer’s presser refitting it.

Boilers often lockout to protect the boiler components from further damage and for safety. Though there are many causes and fault codes of boiler lockout, the most common is the F.83. This fault code means the boiler water isn’t heating correctly when the boiler fires up.

The Gas Safe engineer will need to check the sensors on the flow pipe, return pipe and burner. If they aren’t sending correct readings to the PCB, the boiler will lockout even if everything else is okay.

If any of the boiler parts mentioned above are problematic, the engineer will need to replace them. They will also inspect and replace a faulty gas valve and unblock burner.

Other codes and troubleshooting

How to fix – increase boiler pressure to 1.5 bar

How to fix – Hire a Gas Safe engineer to Power flush the boiler.

Fault code green LED off – no power to the boiler.

How to fix – Check the mains power and the fuses

How to fix – replace the fan.

How to fix – hire a Gas Safe engineer to replace the pump.

How to improve your boiler’s life?

To sustain the warranty, you need to perform annual servicing and have a Gas Safe boiler engineer do it.

If the boiler warranty has ended, consider getting a boiler cover the cover is taken with the energy supplier. However, you are not under any obligation to get it. When making comparisons of the boiler covers, prefer those that offer annual safety inspections and servicing.

During the service, the engineer will inspect the gas pressure and run the boiler to check if it’s working efficiently. He will also inspect all terminals and check for signs of leaks and corrosion.

Annual boiler servicing is important for:

If you’d like to find a registered and trusted engineer in the UK, contact us today. We’d be more than happy to provide you with 4 quotations from trusted and Gas Safe engineers operating close to you.