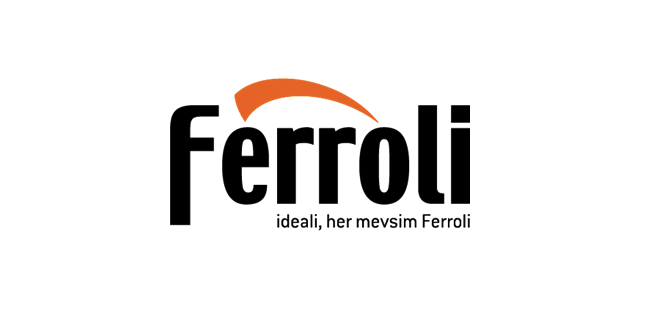 Ferroli was started by Dante Ferroli an Italian in the mid-1950s. Today, the company has grown exponentially and sells boilers in more than 14 countries in the UK, Asia and Europe. The company is renowned for its self-sufficiency and innovation.

Now, if your boiler has been acting up lately, locking out repeatedly and no hot water, you are frustrated. However, before you get a new boiler installed, you should diagnose the problem and try to salvage the situation.

As you’ll see below, with the Ferroli fault codes, it’s easier to diagnose the boiler and find solutions.

It’s frustrating when a boiler keeps locking out. It wants to fire, but something stops it from working. And even when it does startup, it locks out again.

Ferroli boilers are equipped with several fail-safes that keep them from starting. This is especially common in Optimax and Modena boilers.

A Gas Safe engineer will conduct electrical tests using a multi-meter. They will check for damaged or loose connections in the circuit. If there’s a break, the circuit will be rewired. If the wiring is in okay condition, the PCB might need repair or replacement – this is never good news.

A standard Ferroli PCB costs more than £300 and the labour costs between £100 and £200. And like most PCB faults and failures, the best solution is boiler replacement especially if you are dealing with a boiler out of warranty.

Boiler ignites then goes off

This fault is common in Old Sigma models including Sigma 60 and Sigma 50. Once it locks out the boiler will display an A06 or A01 fault code.

If the boiler ignites for several seconds, or if it makes a whirring sound and then stops, it’s probably an issue with the flue. This can be caused by component degradation with time, blockages, or failure to vent harmful gases correctly.

First, check the flue is not blocked. It’s common for flues to get blocked by debris and leaves blown into it by wind.

If the flue is clear, it might be that it’s corroded with time. The Gas Safe engineer needs to replace the flue along with the wall clamps.

Ferroli boilers often lockout when the pressure goes below 1 bar. Topping up the boiler system through the external filling loop is the simplest fix. Unfortunately, it doesn’t always clear the A37 or A23 error.

Low pressure is often caused by leaks in the system. And most times, the leaks are found in the tower rails, radiator valves, the expansion vessel and the auto air vent.

If it’s not a leak, it is air build up in the radiators.

The easiest place to start looking for leaks is the stop tap or valves. Try tightening these slightly. If you don’t find leaks, bleed the radiators to remove the excess air. When water starts flowing out of the system, stop the bleeding.

If none of the above is the culprit, it might be a low-pressure problem in the boiler expansion vessel.  A Gas engineer will top up expansion vessel pressure and insect it for faults. If faults are found, replacement is necessary.

Boiler switches on and off with no warning

Boiler controls also develop faults. So before conducting an expensive fix, you should hire a Gas Safe engineer to inspect the boiler controls.

Several faults related to the problem include A35, A34 and A36.

The obvious fix is replacing the faulty thermostat and mechanical timer. However, note there are other causes for the problem including faulty flame and pressure sensors.

You’ve probably set your boiler to turn on at designated times – but it’s not. Or the radiators feel hotter than they should be. In this case, it’s a problem with the mechanical timer.

Hire a Gas Safe engineer to replace the boiler programmer – the F47 error should disappear.

The condensate pipe transports acidic water from the boiler into the drainage system. It is located outside the house and is often at risk of freezing during winter.

When it’s blocked, the water backs up into the system and causes it to lockout. In some instances, it will not turn on until the condensate pipe is unblocked.

A blocked condensate pipe is thawed with warm water to remove the block. It is a simple process but if you don’t feel confident or comfortable doing it, hire a Gas Safe engineer.

The fan doesn’t kick in

When you turn on the boiler, the fan should run for a few seconds before the boiler starts up. This happens in preparation of pushing harmful boiler gases into the flue for expulsion.

This problem could be caused by:

An A05 error code is displayed.

The most common fix is replacing the fan. However, before that, the Gas Safe engineer will test the circuit for damaged or loose wiring. They will replace any damaged wiring and tighten loose wiring.

They will also adjust the speed settings to create a powerful draught and expel more harmful gases. Lastly, fan replacement is quick and costs about £250.

No flame after ignition

Your boiler will not light if the burners are dirty or wet, if the electrode isn’t properly sealed, or if the burner header and its cap aren’t matched. If there is power and a gas supply, inspect the above pain points.

The problem is accompanied by an A06 error after trying 6 times with no success. The Gas Safe engineer will check and unclog the burner and position the electrodes properly.

When you see an F03 or A03 fault, the boiler is overheating. The common culprits include:

A Gas Safe engineer will Power flush the system to get rid of the sludge and limescale coating the heat exchanger. They will also install a magnetic filter to prevent future build-up and overheating.

If it’s a faulty component, it will be replaced. A new diverter valve costs about £250.

If the boiler has no hot water but has heating or vice versa, it means there’s a problem with the diverter valve. A diverter valve switches between hot water and heating on a need basis. Since it’s a moving part, it is prone to wear and tear and getting stuck.

When it gets stuck on heating you don’t receive hot water when you turn on the taps and shower. When it is stuck in the middle, the radiators get very hot when the taps are turned on.

The simplest fix is or a Gas Safe engineer to replace the diverter valve. It costs about £250.

Note: replacing a diverter valve is more cost-effective than repairing it.

Other fault codes and troubleshooting

How to fix: Replace the switch for about £175

How to fix: Tighten or repair wiring connections or replace the gas valve

How to fix: Replace the air pressure switch

How to improve your boilers life?

Most Ferroli boilers have a 1 – 5 year warranty period. However, the Modena HE boilers come with 5 year labour and parts warranty extendable to up to 10 years. To maintain the warranty, it has to be done by a professional Gas Safe engineer.

A tropical Ferroli boiler service will cost anywhere between £60 and £120. The price is affected by:

Ferroli boiler cover is used to extend the boiler protection once the warranty period is complete. Though it’s not a must, it’s an investment worth considering.

If you are looking for boiler repair or replacement costs, send us a message and we shall present you with 4 free quotes from Gas Safe engineers in the UK. They are affordable and will ensure your warranty and boiler efficiency is sustained.