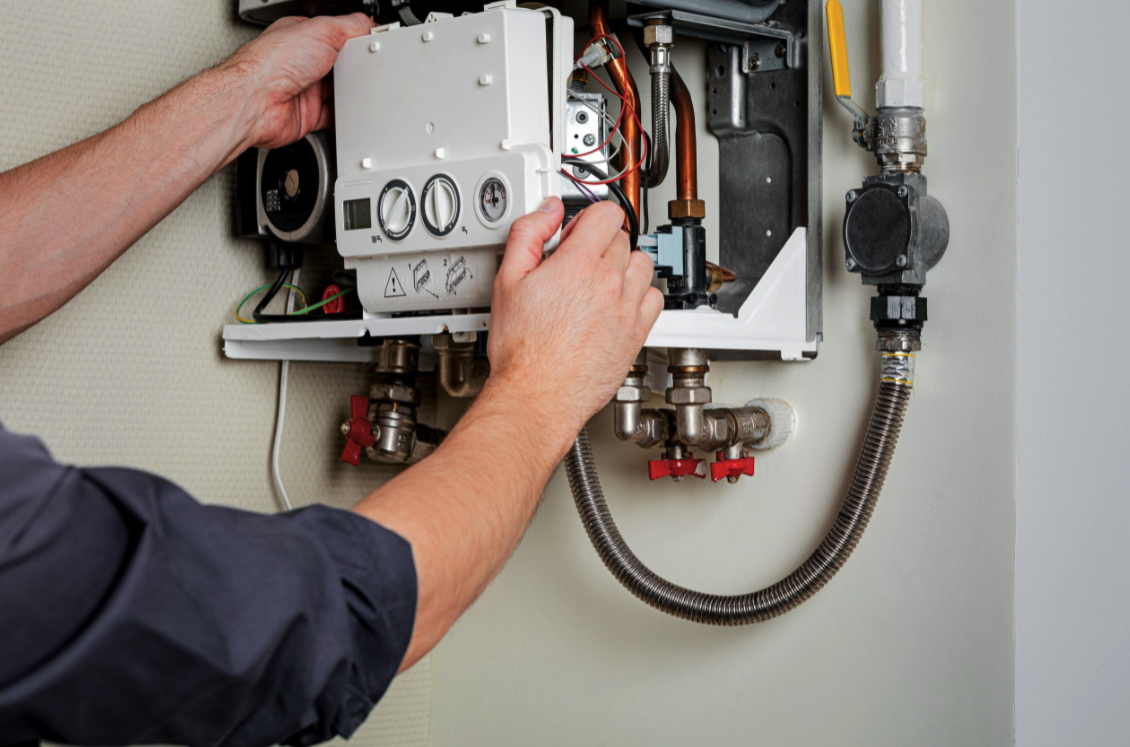 In the 21st century, showering with hot water is a luxury you’ve gotten used to.

You turn on your Combi boiler, and like magic, hot water runs through your taps. Unfortunately, you recently got the shock of your life when you turned on your shower and was greeted by cold water. Weirdly enough, the boiler was set to hot.

Combi boilers are engineered to provide hot water on demand and heat a home. They switch between these functions through a diverter valve. When this valve is faulty, you experience a world of problems.

Our quick fix to diagnosing a faulty diverter will help fix your boiler back to how it was.

What is a diverter valve?

A diverter valve works like a canal’s lock does. It closes and opens to allow hot water to flow through the pipework to the domestic hot water system or the radiators. Regular and System boilers don’t need diverter valves since they store hot water in tanks for use when the need arises.

How a diverter valve works

Since the part is moved a lot, it sustains a lot of faults.

Diverter valves in old boilers break down. Many times they get stuck in one position. Below are some common symptoms highlighting a faulty diverter valve in your Combi boiler.

Lukewarm water for domestic use

This is a common symptom pointing to a faulty diverter valve. Combi boilers are designed to prioritise hot water for your taps and showers. But when it’s stuck and slightly open to heating your home, the heating power is shared between the two functions.

The heating has to be on to get hot water

During warm weather, you rarely turn on the heating system. If you have no hot water during this season, try turning the heating on. Once it gets warm, check the taps for hot water. If you notice a gradual increase in temperature after the switch, it’s the boiler’s diverter valve that is faulty.

Hot water but no heating

This is another common boiler fault linked to a faulty diverter valve. At times the valve gets stuck on the hot water function. So despite having hot water as a priority, the boiler cannot heat your home.

What the engineer will do

We don’t advocate turning your boiler into a DIY project. Always call in a Gas Safe engineer to fix the faults. An engineer will run quick fault checks to confirm that your diverter valve is faulty. It’s important since the symptom could be caused by something else.

If the property is new, or the problem has been present for a long time, the cause could be something as simple as the pipework valves not opening. The engineer’s fault check will include checking the controls and ensuring they are working efficiently.

Many times the engineer will replace the diverter unit. However, it’s usually the diaphragm that needs to be replaced. But they opt to replace the entire unit because of labour costs.

You don’t want to buy a new diaphragm only for an engineer to determine the issue to be a stuck valve. And when the boiler has been taken apart for inspection, the engineer can also assess the state of other parts. He will confirm if they need a replacement.

Luckily, new boilers are affordable and are energy efficient. With time, the money saved on energy bills will cover the costs of buying the new boiler. We recommend getting BOXT since it’s co-owned by Worcester Bosch, a company known for exceptional pricing and value.

How much does it cost to fix a diverter valve?

You should expect to part with anything between £250 – £350 for a diverter valve replacement. Like most heating system repairs, many factors affect the final cost.

The cost of a valve

Gas Safe engineer labour costs vary depending on the expert and company you choose. However, the difference in the overall cost ranges between £50 – £100.

And while at it, consider the ease of replacing the diverter valve. Some valves are readily available, and others are not. This availability can potentially complicate the solution. If the valve is readily available, the replacement will be easy and will cost less.

When replacing a diverter valve isn’t an option

Boilers that are 8+ years old don’t have complicated technology like new energy-efficient boilers. In their case, the diverter valve fault is most certainly the problem. But before buying a valve replacement, have the engineer inspect the boiler for other issues, including worn-out parts.

If there are other major faults with the boiler, buying a new boiler is a good option. The cost of a new boiler will depend on the type of boiler you buy and whether the new installation comes with an upgrade and relocation.

Most manufacturers offer warranties between 5 and 10 years. During this time, you don’t expect any problems with the boiler. This is assuming the engineer did an excellent job during installation. If any faults occur with your new boiler and can be traced to installation problems, you should recall your engineer to fix the issue under the service warranty.