How Much Does Moving A Boiler Cost? 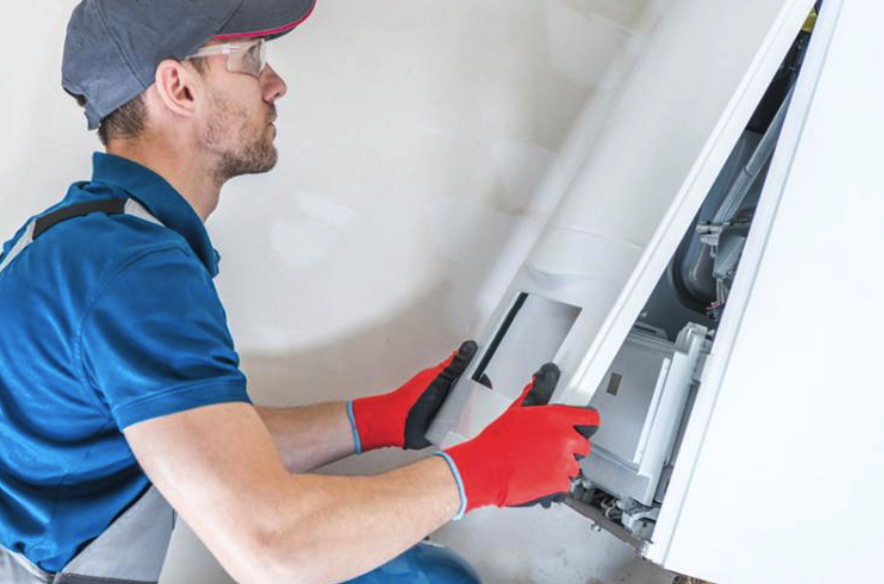 Boilers are often installed in specific spaces in homes. These spaces include kitchen cupboards and utility rooms. Many homeowners don’t get to decide where the boiler system is installed. Mostly because they bought the house when the boiler system installation was complete. But this doesn’t mean you cannot move the boiler for comfort, space, and aesthetic reasons.

As you toy with the idea of relocating your boiler, you should understand the moving rules that apply and the costs.

Can you move a boiler?

Yes, you can. However, there are costs involved in the move. The amount you spend on the move depends on several factors, including the new room, the number of pipework required, and the labour you choose for the project.

Also, when choosing a new spot, think of how easy it will be to lay the pipework. Carpeting is easy to lift for new piping. However, if you have concrete or tiled flooring, the pipes might have to run through a ceiling or wall. This will leave a big mess and cost more.

Consider boiler placement regulations. This is especially if you want to move the boiler to a different room. Gas boilers should be placed several meters away from windows and doors. This is in line with the minimum flue clearance distance. It states that boiler flues should be 1.2 m away from windows or building openings.

The access pipe should also be easily accessible. It’s because of this that utility rooms and bathrooms are a convenient location. When choosing a new location, remember that the further the boiler is from the waste pipe, the more pipes you’ll need to connect them.

Other factors to consider when moving a boiler include:

What’s the cost of moving a boiler?

Where can I move a boiler to?

Should I move a boiler from upstairs to downstairs?

Yes, you can move the boiler downstairs. However, with this move comes the need for extra pipework and copper fittings. You might also have to rip through the ceiling and flooring to lay the pipes, which will inevitably increase the labour costs. Last but not least, the relocation process will be messy.

Should I move the boiler to the kitchen?

Yes, you should. If it’s taking a long time for the tap water to heat up, moving it to the kitchen should reduce the time. Also, if your kitchen has a lot of free space in the cupboards, it is a great idea. Moving the boiler to a cabinet means the kitchen design and aesthetics will not be destroyed.

Should I move the boiler to the bedroom?

Compact Combi boilers can be moved to a bedroom. But there are advantages and concerns, moving a boiler to the bedroom.

Though it sounds unsafe to install a boiler in your room, modern boilers are reliable, efficient, and safe. When it’s installed, it should be sealed, meaning it should suck air from the outside and expel the fumes outside as well. The sealing makes the boiler safe for bedrooms.

According to boiler safety regulations of 1998, homeowners cannot sleep in bedrooms with boilers with output powers higher than 14kw unless the room is sealed. To be sure of the room’s safety, hire a Gas Safe engineer for an assessment of your bedroom.

Points to consider when moving a boiler to the bedroom

Boilers have gotten quieter over the years. However, they aren’t silent. Every boiler type makes some noise. As such, if slight noises can keep you awake all night, then installing a boiler in the bedroom isn’t a good idea. If you can sleep through the night, then proceed with the boiler relocation.

If the boiler gets noisier with time and starts making kettling, gurgling and clunking sounds, it means there’s an underlying problem that needs fixing.

Combi boilers are compact. As such, you can install them in wardrobes. But even then, you should only consider the move if you have space for the boiler.

This is a poisonous gas. The gas is produced by unsafe and faulty gas appliances. A faulty boiler can leak the gas into a room and have fatal consequences when inhaled. Carbon monoxide poisoning is responsible for about 50 deaths annually in the UK. Luckily, there are steps to prevent the leaking or detect it early.

Carbon monoxide prevention steps include installing a carbon monoxide alarm in the bedroom. This alarm will detect leaks. They are available for between £20 and £30. However, you will need to test it regularly to ensure it is in good working condition.

Should I move the boiler to the bathroom?

Yes, you can. However, there are some considerations to adhere to. The location of the boiler should leave room for the flue to exit the house and safely terminate. Also, there should be enough space for future servicing. If you choose to place it in a cupboard, you should leave sufficient air circulation. The dimensions required are outlined by manufacturers and are different for all boilers.

Special attention should be paid to electrical regulations. To this regard, bathrooms are divided into clear zones determined by proximity to showers, taps and other water sources.

When relocating your boiler, it should be installed outside zones 0, 1, and 2. The boiler should be out of reach from the shower and bath.

If having a boiler in the bedroom doesn’t excite you, you can also opt to relocate it into the loft. The loft is a great place to keep the boiler out of sight. However, some regulations need to be followed. They include:

Should I relocate an old boiler or buy a new one?

If your boiler is a couple of years old and still under warranty, we don’t recommend buying a new boiler. However, if it’s more than a decade old, it is inefficient and has lots of faults upgrading is a great idea. The new energy-saving boiler options will be costly, but in the first two years, it will have paid for itself in energy bill savings.

Get quotes for relocating your boiler

If you are thinking about moving the boiler or even replacing it, you should get a Gas Safe engineer on board. The engineer will help in planning the new system installation and overseeing the installation. You can get in touch with several installers and compare their advice and the deals they offer.